for human-scale vehicles, including electric-assist bicycles and pedicabs, as well as a stronger local, creative and public role in determining public-space issues. I imagine streets in the future filled with clean, quiet, weather-protected, multi-person conveyances that are beautifully and uniquely crafted, shaped, and decorated by human hands, gifting our roadways with color and rhythm, as well as safe and affordable transport, bringing a degree of charm and convenience to congested urban spaces everywhere that we are afraid to even dream of enjoying.

All of Steve’s articles are (41 articles)

Links to the single articles:

In Pursuit of the Perfect All-Weather LEV

Bicycles are great, but they have their shortcomings, especially as the weather turns wet and cold. What’s the need to make them viable year-round are creative solutions that meld form and function into the perfect Light Electric Vehicle.

For over 150 years of the industrial revolution, bigger has always been better, but in the 21st century figuring out how to downscale will be the most daunting challenge mankind will face.

We face a choice: we either learn how to master the machines we create and use them to enhance our lives or they will come to dominate us.

Instead of spending hard-earned income on an asset that sits 23 hours out of the day and takes constant ‘care and feeding’ in the form of a toxic, polluting fuel, just to move 170 pounds of human, how about something 1/50th the weight that does the same job, only better?

A Glimmer of Hope for E-Bikes in the Empire State

What a difference a year and a new city administration can make. There is no opposition now as, in the waning weeks of the current session of New York State’s legislature, there’s a chance that bills legalizing electric-assist bicycles may come to a vote… 13 years after the idea was first proposed.

All Charged-Up and Nowhere to Go

Both the NY City and NY State legislatures are preparing to vote in the next month on legalizing electric-assist bikes. Would giving politicians and their staffs’ test rides, where they are, be a better strategy than putting on a mini-event, at a fancy resort in NJ, 90 minutes away from the city?

WiFi Hotspots and the Sharing Community

New York City has an RFP out to create 10,000 WiFi hotspots around the city presenting the community with the choice of further homogenization or the chance to express each neighborhood’s distinctive character.

A Serious Conversation with Myself

Sometimes I blog to get things off my chest and maybe, get you to think a bit differently about a topic near and dear to me. Sometimes, I just do it to clear my head. This time I’m hoping you’ll introduce yourself and join the conversation.

Some Thoughts On Slowing the Automobilization of the Planet

Could it be that the curious devices depicted in the famed Hammacher Schlemmer catalogs point the way toward slowing, if not ending the rise of the automobile as the dominant machine force on the planet?

If New York City Mayor Bill DeBlasio wants to see accident deaths drop to zero in his city, he will have to ensure that there are fewer cars and trucks and more pedicabs and bicycles on his streets.

Muscle Power As Fuel For Our Creative Juices

We’ve shaped our society around cheap, but dirty and exhaustible energy. In the 21st century, it’s time to start thinking creatively about healthful ways to re-power our lives, by burning caloric energy instead of hydrocarbons.

Who Killed the Streetcar? The “Snell Report”

In 1974, legislative aide and anti-trust attorney Bradford Snell, released a 100-page report on GM and ESSO’s “Secret holding companies”, calling for a restructuring of the American transportation system, starting with the break-up of the Big Three.

A World’s Fair At a Human Scale

In the invitation to use the power of the internet and crowd-sourcing to commemorate the 75th and 50th anniversaries of the New York World’s Fair.

A Plan B for New York’s Bikeshare System

Rumors are rampant that New York City’s Citibike bicycle share program is struggling financially after one of the worst winters on record. Here’s a Plan B for improving and maybe even saving this valuable service.

Empathy and a Nickle’s Worth of Change

When you’re down to your last ten dollars, do you buy food, medicine or gas for the car? 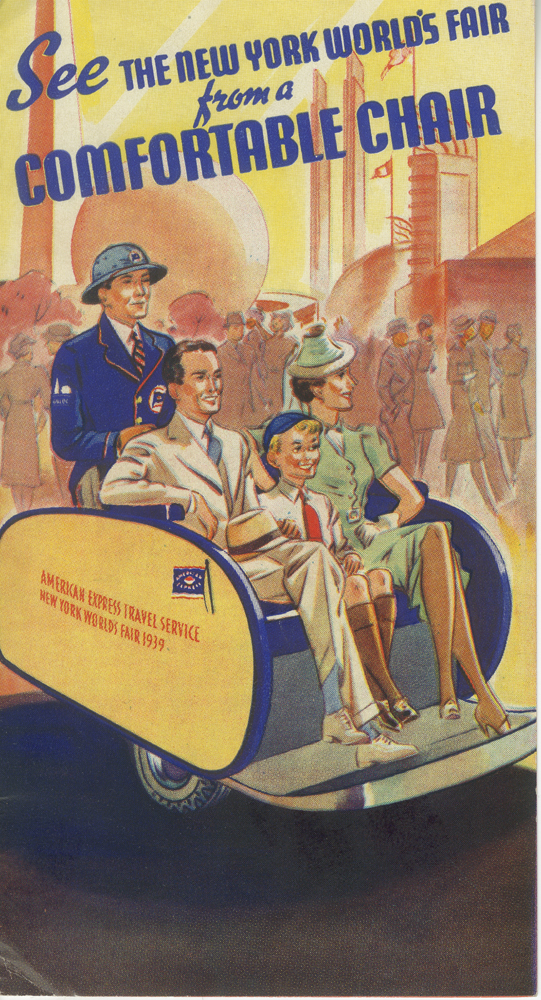 Not linked yet but it will come

Ninety percent of the population of New York State is being deprived of access to one of the most efficient forms of personal mobility yet invented: the electric-assist bicycle. It’s time to stop the bullying.

What we call ‘progress’ can be a slippery slope where bigger, faster, quieter, and more comfortable, isn’t always the best road to take.

In the last century, bicycles always seem to play a role in the revolution, from helping women gain the vote to recent protests against corporate globalism. Maybe that’s why governments tend to favor the illusory freedom of the automobile over the true freedom of the bike.

Human Energy and Our Love of Waste

In a world of nearly limitless energy and vast natural abundance, mankind’s greatest output seems to come in the form of waste; from the pollution our cars and power plants spew to the human beings we incarcerate.

Slowing Down New York City Can Speed Things Up

Ironically, travel across large parts of New York City hasn’t gotten any faster than it was in the horse-n-buggy age; and instead of horse manure, we’ve substituted hydrocarbon pollution. It’s time to rethink the system.

Newspapers may be struggling, and news networks may have abandoned serious journalism for entertainment, but the Underground Press of the ’60s appears to be alive and well in the universe of blogs and forums.

Why Conspiracies Are Almost Always True

While much of North America was under the grip of the Polar Vortex, the southern hemisphere was cooking in record high temperatures.

Really? Do We Still Need Cars?

When it comes to funding various forms of transportation, the game’s been rigged in favor of the automobile, with more sustainable modes of transport fighting for crumbs that remain.

Why We Are Where We Are

Every baby is born with the innate instinct to grasp and as adults, one of the hardest things we can do is learn to let go.

Two of America’s most powerful corporations colluded to wreck the nation’s public transportation system to secure their near monopolistic control over how we move people and products. Now we’re paying the price: the latest being a $10 billion taxpayer loss.

There is more to the story of New York City’s famed and oft-maligned Central Park horse carriage tours than the animal’s welfare.

You, Me and a World of ELFs

Invented 80 years ago, has the time finally come for the widespread adoption of the very efficient, human-scale Velomobile? If the success of the ELF is any indication, it may just be.